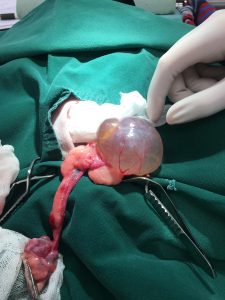 Sweep was presented to us for investigation of severe abdominal enlargement which was being caused by her large ovarian cysts.

Ovarian cysts are very common in middle-aged to older female guinea pigs and can cause problems such as pain, inappetence, interference with mobility and hair loss. Sweep did not have hair loss with her cysts and she continued to eat well, but they were so large that they were taking up a lot of space in her abdomen and causing her to have difficulty moving around.

Hormonal treatments had been tried for Sweep in the past with limited success and it was advised that she be spayed in order to definitively treat the condition and prevent recurrence. Spaying involves removal of both ovaries and the uterus under anaesthesia. Because Sweep’s cysts were very large, they had to be drained before the ovaries could be removed!

Sweep recovered very well following her operation and was soon back at home with her friends and her very dedicated owners, who report a significant improvement in her movement and activity. She was a perfect patient (especially when veggies were involved!) and it was a pleasure to look after her during her stay in the clinic and at her check-ups. 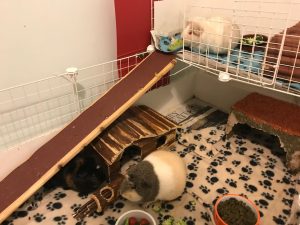 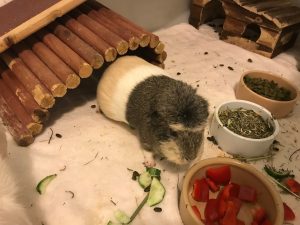 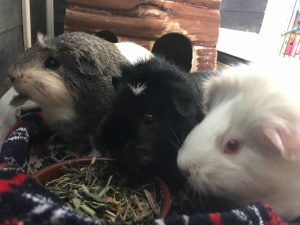 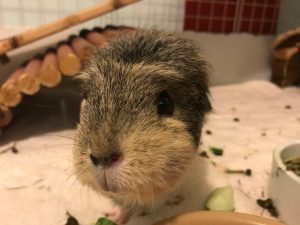 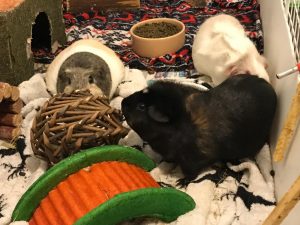