The Big Five Diseases in Sheep 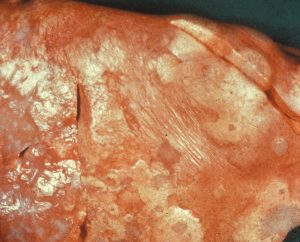 Maedi Visna is a wasting disease causing chronic pneumonia. It is caused by a highly contagious virus. Most sheep are infected as lambs via colostrum or aerosol, however generally do not show signs until they are 4 years old.

The main signs are:

Blood tests are commonly used to diagnose MV. Selecting thin cull ewes to test will help identify the disease if present within the flock. 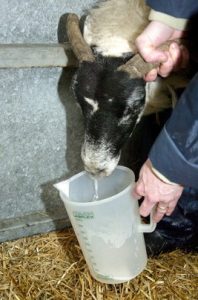 Ovine Pulmonary Adenocarcinoma is caused by a virus leading to a progressive and fatal infectious lung cancer of sheep. The virus is spread from infected sheep by aerosol and nasal discharge. It is often seen in older thin sheep. There is no treatment.

The signs are very similar to chronic pneumonia:

Once signs are evident the disease is fatal.

The definitive diagnosis is made by post mortem examination of the lungs.

If there is suspected OPA ultrasound examination of the lungs can be considered. 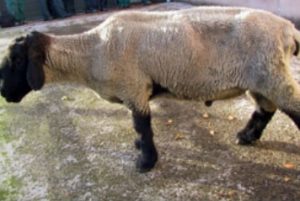 Johne’s disease is caused by a bacterium which grows very slowly and lives for a long time in the environment. It is mainly spread through faecal contamination of feed and the environment, ewes also pass it to their lambs across the placenta and in colostrum. It is the same agent that causes Johne’s disease in cattle.

Infection generally occurs early in life, sheep often do not show signs for years and act as carriers, these are referred to as ‘sub-clinically infected’.

Testing for Johne’s can be tricky at an individual level. There is no single diagnostic test that can detect the disease at all the stages and sub-clinically infected animals may test negative.

Blood screening groups of cull/thin ewes can be effective at identifying Johne’s disease in your flock. 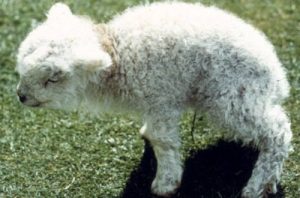 Border disease or hairy shaker disease is a virus which causes birth defects, barren ewes and abortion. It is from the same family of viruses as BVD in cattle.

If a ewe is infected during pregnancy the virus passes through the placenta to the lamb, in some cases this causes embryonic loss or abortion. Some lambs survive and are born Persistently infected (PI). PIs shed the virus continuously and can infect other sheep and lambs. This can be a major problem in naïve flocks unknowingly buying in PIs which can then cause around half of lambs born to be affected by the disease.

Blood testing a group of ewes can identify if the flock has been exposed to the disease and is likely to be present. 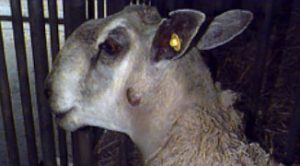 CLA is a chronic bacterial infection of the lymph nodes resulting in abscesses. The bacteria often enters via cuts and is commonly spread through close contact when animals are housed or are trough fed. The disease can also be transmitted indirectly such as on shearing equipment.

Lumps and abscesses are a classic sign of the disease and should not be ignored.

Diagnosis is either by sampling the intact abscesses and culturing the pus or by blood test.